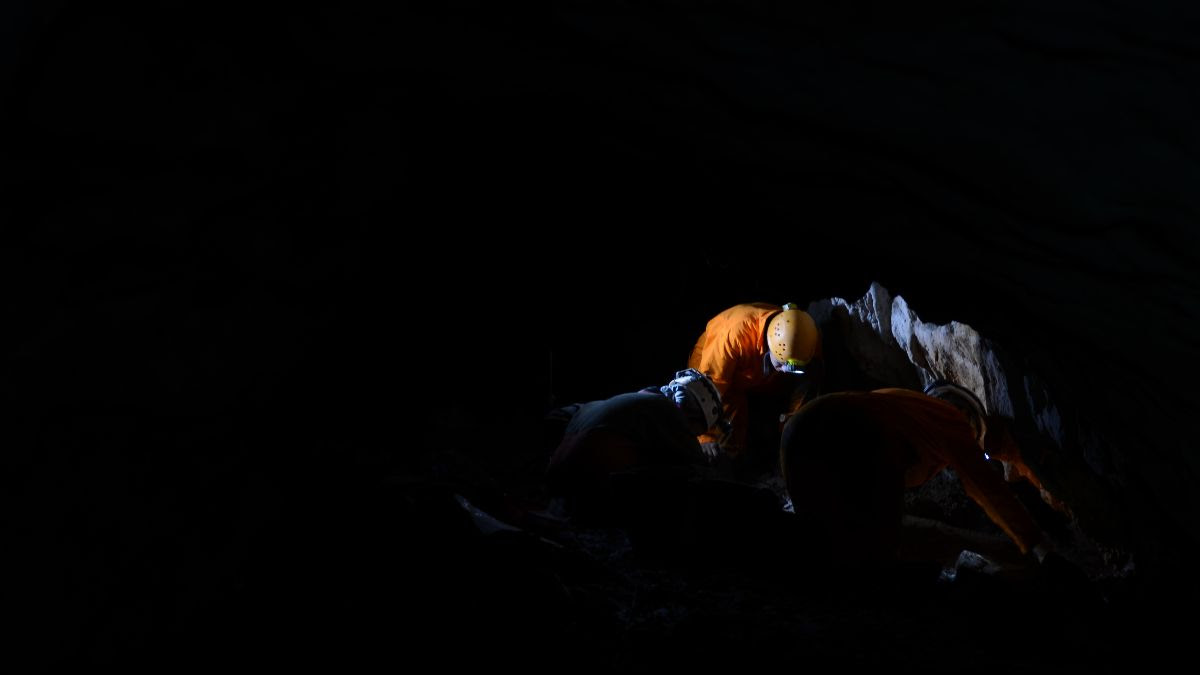 The exhibition of three authors Ivor Janković from the Center for Applied Bioanthropology of the Institute of Anthropology, Dalibor Parr from the Physics Department of the Faculty of Science and Ivan Drnić from the Archaeological Museum in Zagreb shows the wealth of material from caves and pits periods and the importance of quality cooperation between archaeologists and speleologists without which many important archaeological finds from speleological objects would remain unknown.

Divided into four parts, the exhibition Archeology and Speleology – from the darkness of the underworld to the light of knowledge in the first introductory part introduces visitors to scientific disciplines, archeology and speleology and how they are connected. modern research techniques and methods are used. The exhibition presents the ways in which the cave has been used throughout history as a place of life, but also as a place of death and cult. Some human communities have used caves in their daily lives as temporary dwellings and cattle pens, then as more permanent habitats and even shelters and small forts in case of danger. Due to their secrecy, caves have always been “different” places, in some cases as the last resting places of the dead, and in others, representing points where our and the underworld meet, as places where various rituals were held, including lighting fires, feasts and breaking ceramic pots and even sacrificing human victims. The last part of the exhibition is future-oriented and represents the way in which as a community we must approach the preservation of speleological objects as specific geological formations and ecosystems as well as archaeological remains in them.

Along with the exhibition, the catalog Archeology and Speleology was published – from the darkness of the underworld to the light of knowledge. The authors of the exhibition and the editors of the catalog gathered a number of experts from various institutions dealing with topics in the field of speleological objects as archaeological sites and the cooperation of speleologists and archaeologists. Readers can learn more about Neanderthal habitats, Romuald’s Cave, Fiber Cave on Dugi otok, livestock caves in Croatia, Small Cave in Sutina, Bezdanjača Cave near Vrhovina, Fairy Cave above the Ombla spring, Cave near Nakovana and Bubi’s Cave and more information about Bubi’s Cave. speleology and archeology.